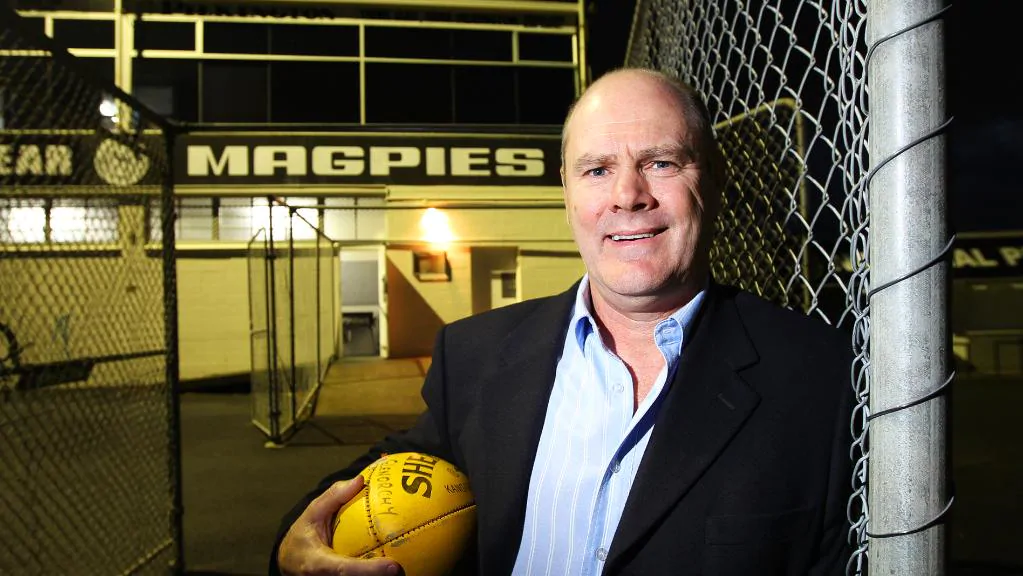 The Rodney Eade Medal is awarded to the best and fairest player of the Tasmanian State League’s Development competition.

Rodney Eade, an ‘Legend’ of Tasmanian Football, has made a remarkable contribution to our game, playing 259 matches at both Hawthorn (229) and the Brisbane Bears (30) largely as a wingman after being recruited from Glenorchy in 1975.

Eade made an immediate move into coaching following his retirement at the end of 1990, working as the reserves coach for the Brisbane Bears in 1991 (winning the reserves premiership) before also steering North Melbourne’s reserves to a flag in 1995.

These successes opened the door for Eade to coach at the senior level, first leading the Sydney Swans from 1996 until 2002 for an impressive win-loss-draw record of 81-69-2 with five finals appearances, including a Grand Final loss in 1996.

Eade then too the reigns at the Western Bulldogs in 2005, where he took the club to the finals in 2006 for the first time since 2000. The Bulldogs were again at the pointy end of the ladder in 2008, 2009 and 2010 with Preliminary Final performances.

Eade then worked as a Football and Coaching Strategist at Collingwood from 2011, until becoming senior coach of the Gold Coast Suns at the end of 2014.

How the Rodney Eade Medal is awarded

After each match, the three field umpires award a 3, 2 and 1 point vote to the players they regarded the best, second best and third best on ground respectively. A player becomes ineligible for the Medal if he is suspended for a reportable offence during the season.

The votes are tallied at the end of the home and away rounds to determine the year’s Rodney Eade Medalist.