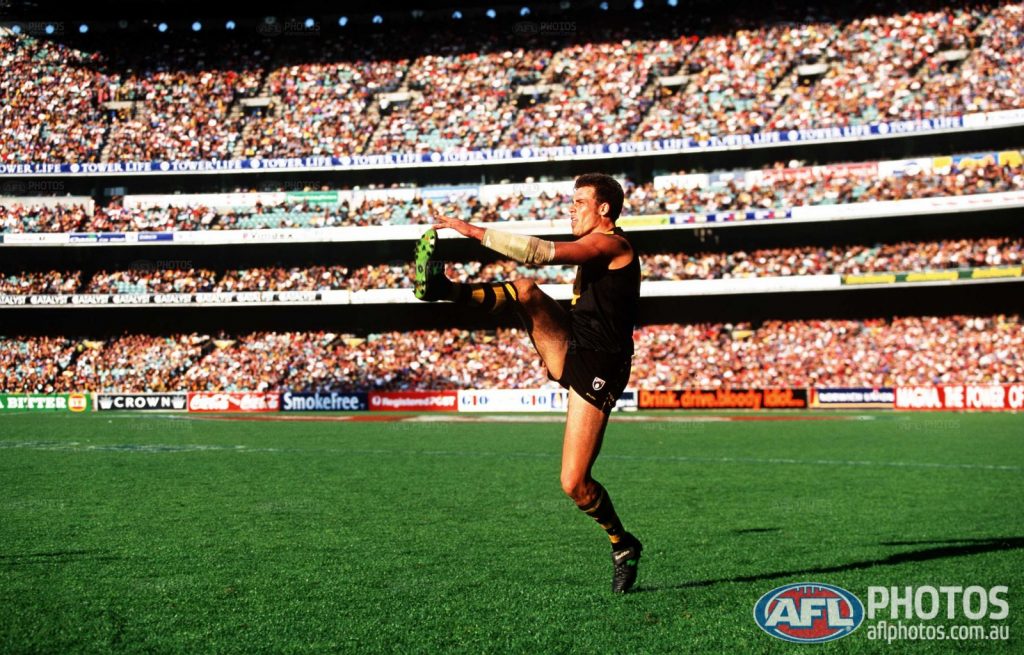 The Matthew Richardson medal is awarded to the Tasmanian State League’s Rookie of the Year since its inception in 2010.

History of the Matthew Richardson Medal

The award is named after champion Tasmanian footballer Matthew Richardson, who was born in Devonport and is best known as 13-time club Leading Goalkicker at Richmond FC.

The son of former South Melbourne and Richmond player Alan Richardson, Matthew played for the Devonport Football Club, before being drafted at Pick 4 (as a Father-Son Selection) by Richmond in the 1992 AFL Draft.

“Richo” was known for his marking ability as well as his speed and work-rate and played primarily as a key forward as well as playing on the wing, especially in the later stages of his career, with the 2008 season in particular he finished 3rd in the Brownlow Medal.  He went on to kick 800 goals for the Tigers in his 282 game AFL career. The 3-time All-Australian was Richmond’s Leading Goalkicker a record 13 times, with his biggest season haul of 91 coming in 1996.

Following his retirement in 2009, Richardson moved straight into a media career with Channel 7, joining the commentary team on Friday and Saturday nights as well as on the panel of AFL Game Day.

His Accolades During His AFL Career:

How The Matthew Richardson Medal is Awarded

At the conclusion of the Home and Away season, TSL management sit down and decide the winner of the Matthew Richardson medal.

Criteria to be eligible for the Rookie of the Year medal:

The winner is announced during the Finals Series and is awarded the medal on Grand Final day.

Winners of the Matthew Richardson Medal