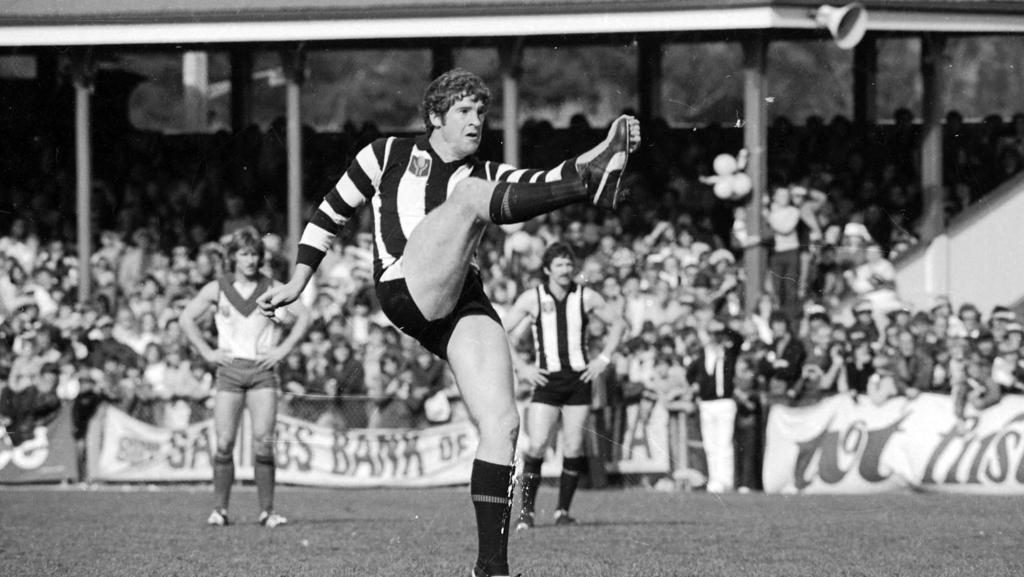 The Hudson Medal is awarded to the Leading Goalkicker of the Tasmanian State League and has been awarded since the league began in 2009.

History of the Hudson Medal

The award is named after champion Tasmanian footballer Peter Hudson, a prolific goalkicker who is considered one of the greatest full-forwards of all time.

Over the span of his Senior career, Hudson kicked 1874 goals, between his debut in 1963, to his final game in the 1981 TANFL Preliminary Final. If you include Night Games and Representative games, his tally increases to 2191, an average of over 7 goals per game. He was kept goalless on only 4 occasions during his entire career.

His records and goalscorer expand significantly into Tasmanian Football. Hudson won the 1975 TFL Premiership as a Player/Coach for Glenorchy. He also kicked 153 goals and 179 goals in back to back seasons for Glenorchy in 1978 and 1979, winning the William Leitch Medal both seasons.

His Accolades During His VFL Career:

His Accolades During his Tasmanian Football Career:

How The Hudson Medal is Awarded

The Hudson Medal is awarded to the player who has the Highest Goal Tally at the end of the Home and Away Season.