With the 2021 season completed and the silverware handed out, catch up on the major award winners from every TSL club. 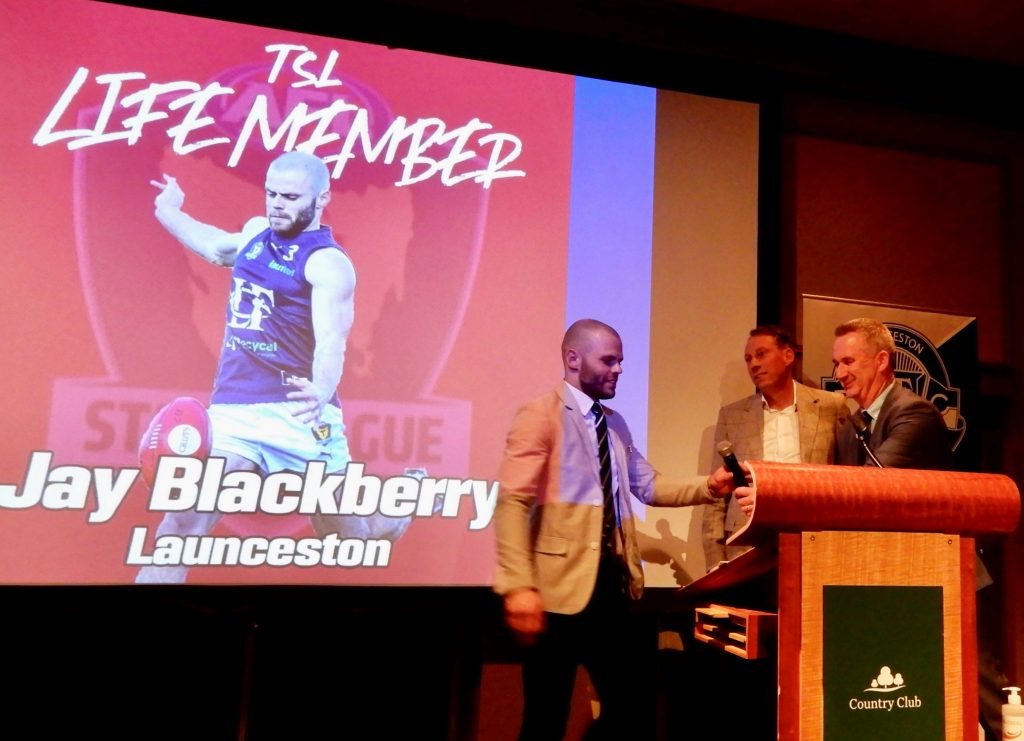 In the season where he broke the TSL’s all-time games record, Jay Blackberry continued to shine and claimed the McCauley Medal as Launceston’s best and fairest. In a premiership year for the Blues Blackberry averaged 21.2 disposals, 4.6 tackles and 4.2 marks per game along with 13 goals, and he also finished fourth in the count for the Alastair Lynch Medal. Runner-up in the McCauley Medal was Jake Hinds, who earned his second selection in the TSL Team of the Year and averaged 21.7 disposals and 5.4 marks per game. 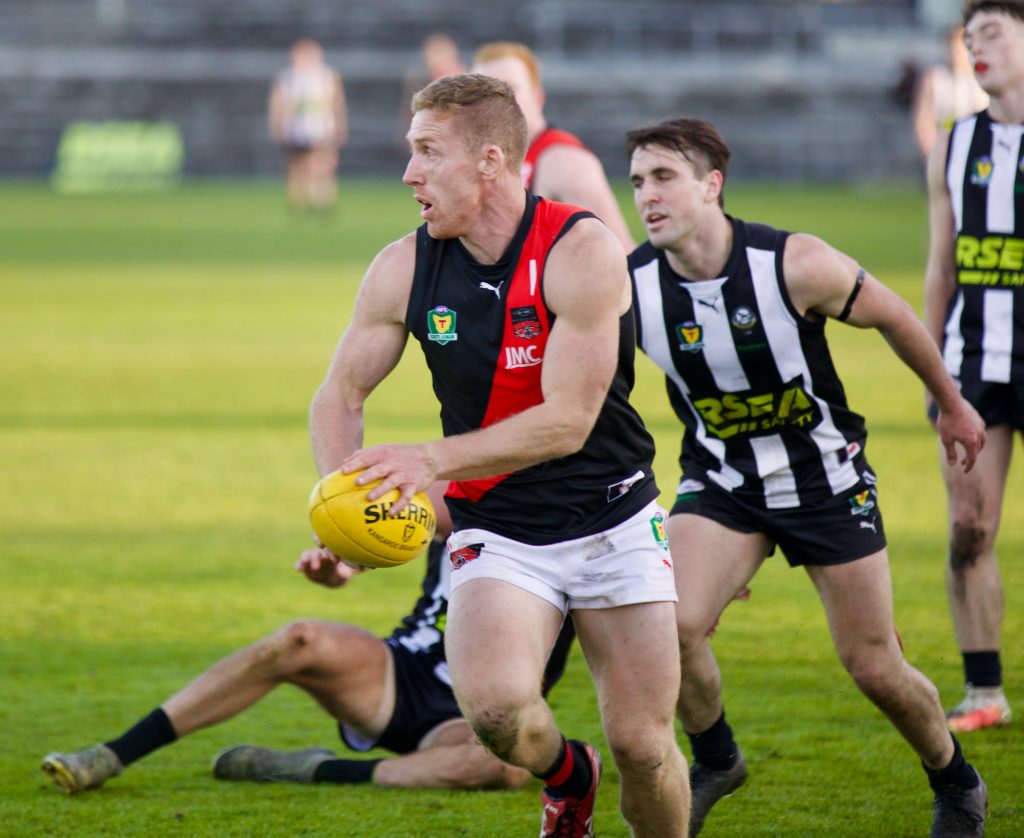 It was a close-run race in the Jack Hill Medal count, but playing-coach and Alastair Lynch Medallist Brad Cox-Goodyer claimed North Launceston’s top prize with a late surge. Seven votes in the final two rounds saw Cox-Goodyer sneak into the lead at season’s end, and he finished the year averaging 25.8 disposals, 4.8 marks and 1.9 goals per game. He was pipped at the post, but Jay Foon capped off another outstanding season with a runner-up finish and the Neil Maynard Trophy. Named alongside his coach in the TSL Team of the Year, he racked up 25.1 disposals and 5.9 marks per game while doing a mountain of work in the midfield. 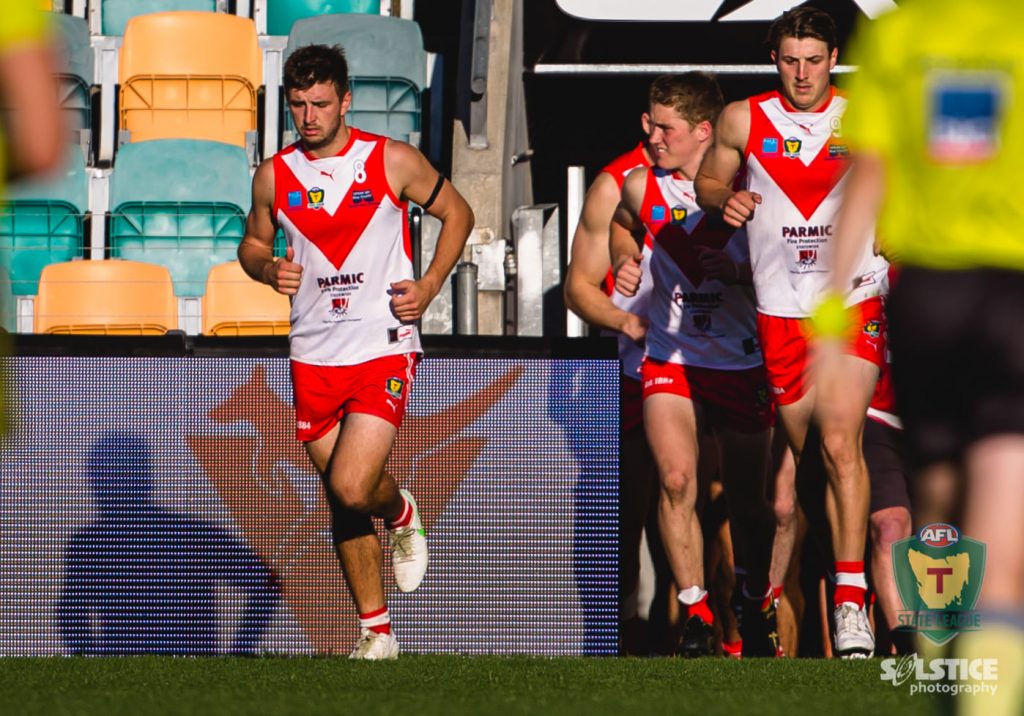 The Roos made it all the way to the preliminary final in 2021, and it was Jarrod Harper that earned their Best and Fairest award as he led the charge. The midfielder averaged 23.3 disposals, 4.3 clearances and 4.7 marks per game, cementing his place as one of the league’s premier on-ballers. Fresh from a top-ten finish in the Cripps Player of the Year award, fellow midfielder Baxter Norton was runner-up in Best and Fairest voting after a strong season. The young gun racked up 20.1 disposals and 3.9 clearances per game, and he was among his side’s best in their semi final win over Kingborough with 21 disposals and 7 inside 50s. 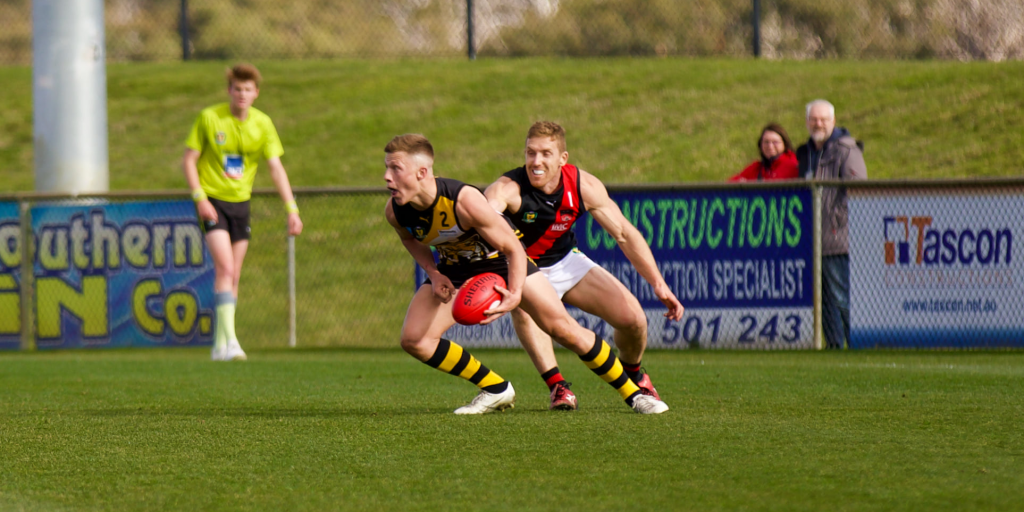 Tigers midfielder Eddie Cole capped a successful return to the TSL with the club’s top prize, claiming the Ray Lorkin medal after an outstanding season. One of the best pressure players in the league, he dominated around the stoppages to average 24.5 disposals and a league-high 9.4 tackles per game. His fellow Team of the Year nominees rounded out the top three in the count, with captain Lachie Clifford runner-up and ruckman Marcus Gardner also on the podium. 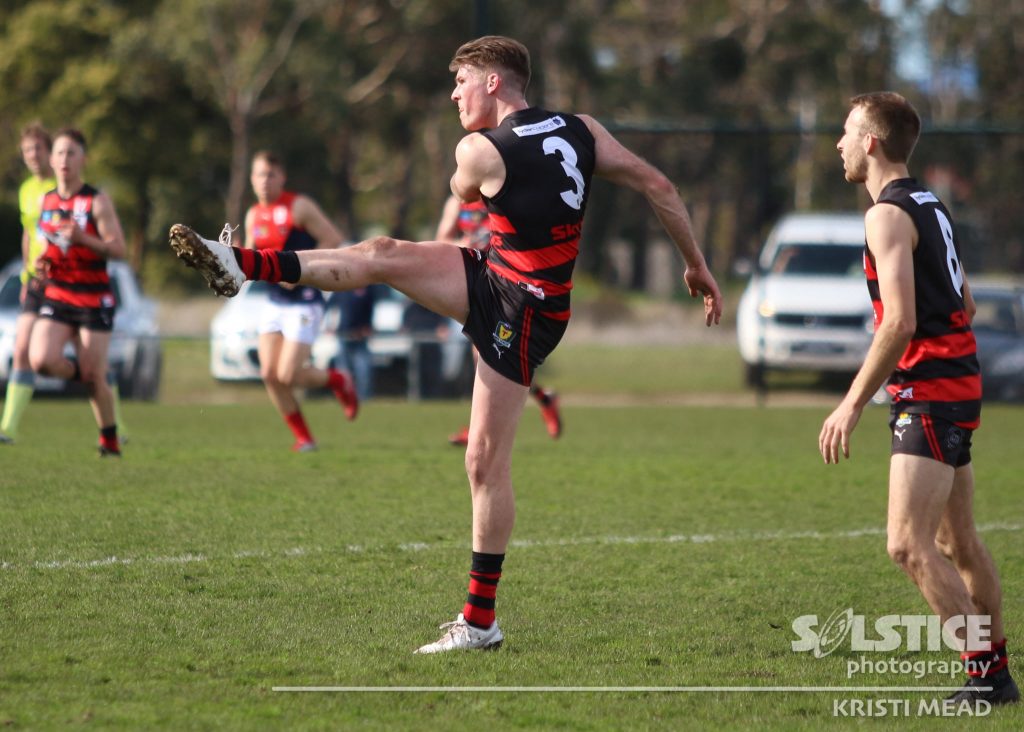 It was a back-to-back triumph for one of the TSL’s finest players, with Lauderdale superstar Sam Siggins claiming his second Mitch Robinson Medal in as many years. He was again one of the most prolific players in the league, racking up a league-high 30.2 disposals per game with three games of 35 or more. Offseason recruit Allen Christensen showed his class throughout the season and was rewarded with the Marcus Fitze Trophy as runner-up in the count, as he impacted game in the midfield and up forward. The ex-Geelong and Brisbane star had an immediate impact and averaged 24.1 disposals and 1.3 goals per game across the season. 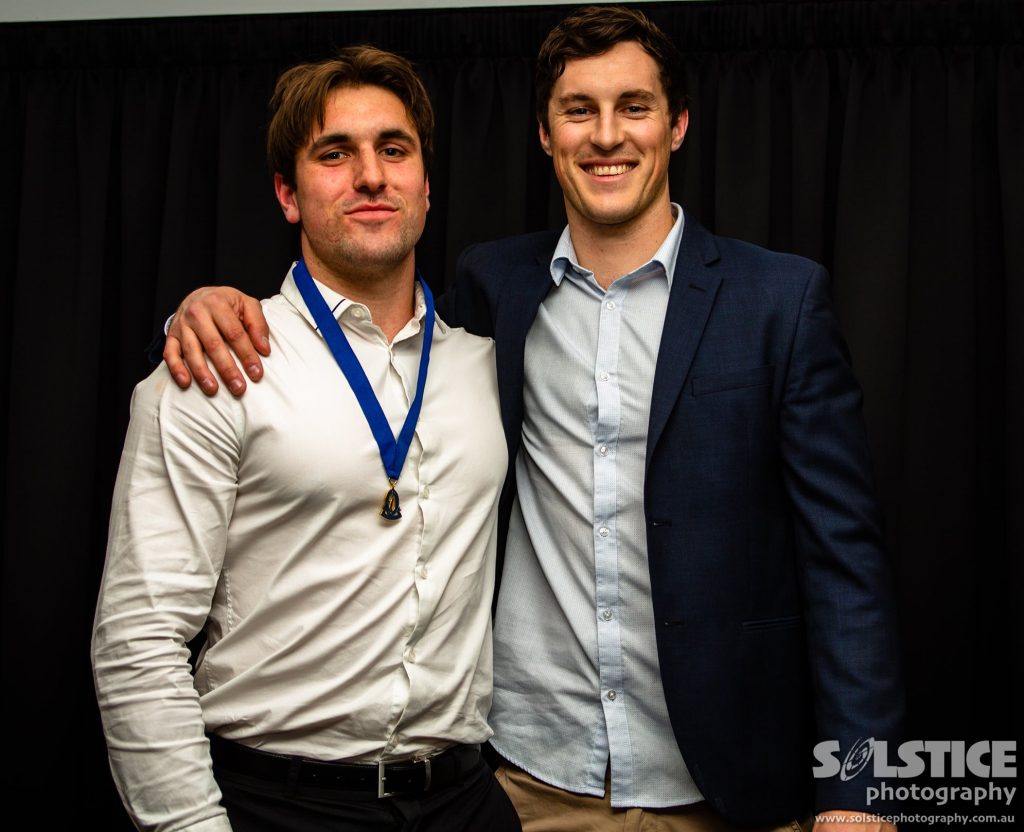 The Magpies had some strong individual performers in the 2021 season, and it was a pair of TSL Team of the Year selections that led the count in the Roy Cazaly Medal. It was dynamic midfielder Ben Kamaric that took out the award after a season in which he ranked in the top ten in the league for disposals, contested disposals, inside 50s and tackles. He finished the year averaging 29 disposals and 5.6 tackles per game in another impressive campaign. Runner-up was young swingman Harrison Gunther, who starred in the state league and made an impressive VFL debut with North Melbourne. For the Magpies, he patrolled the air in the backline to average 7.9 marks per game, and he also kicked 21 goals when shifted forward. 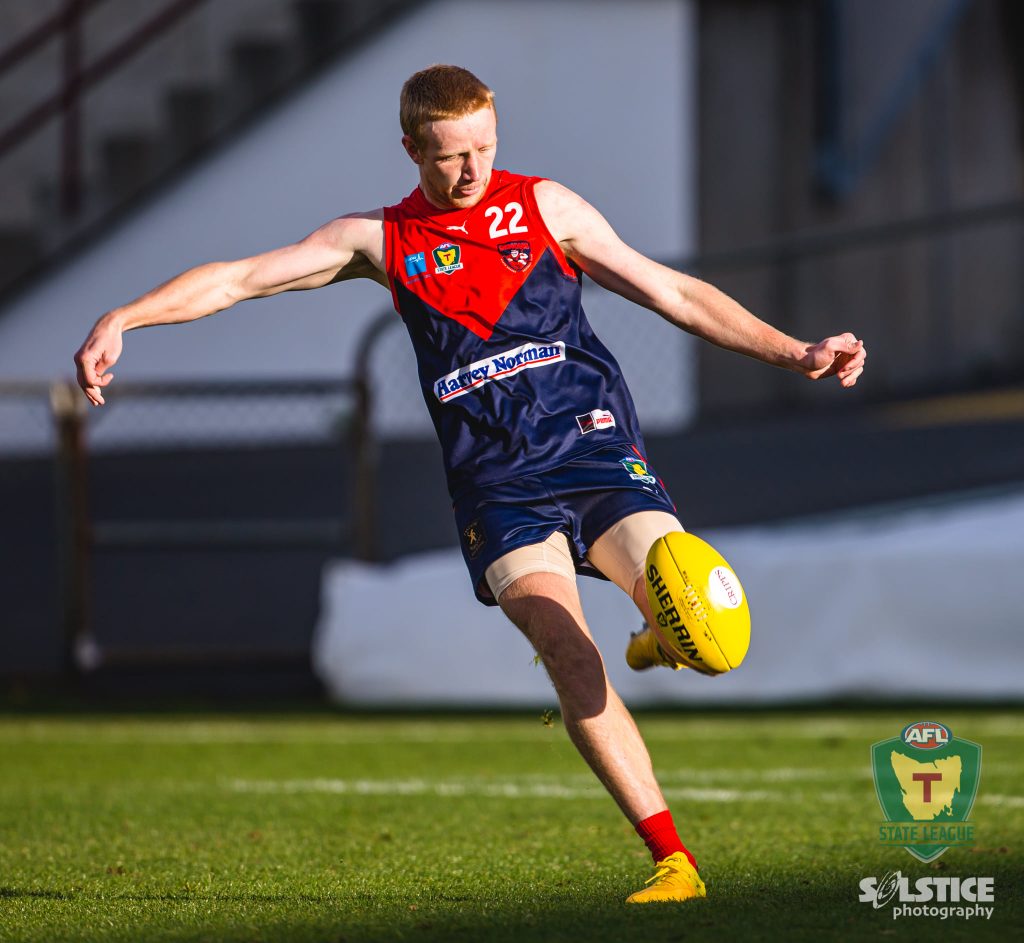 It was a tough season for the Demons, but their young talent continued to develop and shine throughout. Leading the way was midfielder Callum Kilpatrick, who claimed the G.D Miller Medal as the club best and fairest. Averaging 24.8 disposals, 5.3 tackles and 5.4 marks per game, he shouldered a heavy load around the stoppages and performed well. Runner-up and just ten votes behind in the count was Sam Caswell, who also found plenty of the ball throughout the season to average 20.2 disposals and 6.4 tackles per contest.