It all comes down to this. The two best sides of the 2021 season will meet in a Grand Final rematch at UTAS Stadium on Sunday Afternoon. The Launceston rivals met two weeks ago in a see-sawing semi-final.

The Bombers prevailed on that occasion, heading straight to the Grand Final, while the Blues went the long way, toppling Clarence to make it to the big dance.

Entering finals, Launceston seemed the favourite to go back-to-back. With a regular season record of 16 wins and 2 losses. But the semi-final loss has evened the scales heading into the decider. 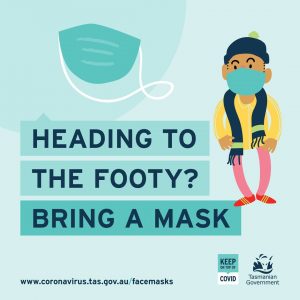 It was a huge win against their cross-town rials for the Northern Bombers, with their leaders stepping up and dominating the middle of the field. North Launceston won the total clearances 45 to 31 and the centre bounce 13 to 4.

North Launceston also got the best of the Blues in the aerial battles. The stats reflecting that the Bombers won the contested marks 17 to 12.

Despite the tight loss there are some small victories from the semi-final that Launceston can take into the weekend. They managed to best the Bombers in both pressure acts and effective kicks.

With 12 players on the TSL Team of the year side across both teams, this Grand Final will showcase some of the best footballing talent in the state.

Bombers playing coach and the newly crowned 2021 Alastair Lynch medallist Brad Cox-Goodyer was instrumental in the semi-final win with 24 disposals and 2 goals. In fact, both of North Launceston’s leaders stepped up, Jay Foon racked up 23 disposals and 6 clearances.

North Launceston ruckman Alexander Lee was an asset in the semi with 18 touches, 40 hitouts and 9 clearances.

On the other side of the centre bounce Joe Groenewegan managed to rebound against Clarence with 30 hitouts 6 clearances and 4 tackles.

Blues captain Jobi Harper has returned late in the season and is putting up some impressive numbers in finals. Harper recorded 25 touches, 7 clearances and 5 inside 50s in their win against Clarence.

Against Clarence Fletcher Seymour impressed with 24 disposals and 4 clearances.

There will be plenty of late selection intrigue, with coach Mitch Thorp named to replace suspended brother Cody. With Hamish Leedham named as an emergency, the Blues may pull a late switch.

The 2021 TSL Grand Final is shaping up to be fiery rematch. On paper, both sides are evenly matched, but there can only be one winner.

This is shaping up to be a classic that you won’t want to miss. Make sure to catch the livestream on Sunday, or make your way to UTAS Stadium for the first bounce at 2:30pm