THIS Saturday, Jay Blackberry will surpass Jaye Bowden as the TSL’s all-time games record holder, when he reaches the 213* milestone. The setting could not be more fitting, as Launceston travel to KGV to take on Bowden’s old-side.

Blackberry’s TSL record speaks for itself, 212 games of the highest quality including two premierships with South Launceston and Launceston across 12 years in the competition. Saturday will be a special day for both Blackberry and his club, marking a major achievement in his footballing career. Though, he feels the weight of the occasion hasn’t sunk in just yet.

“It’s tough, I don’t think it’ll all settle in until my playing days are done. But, it’s nice recognition to go past someone like Jaye Bowden who has an unbelievable CV and was an unbelievable player. It is quite a proud moment.”

Blackberry says he’s happy to share some of the limelight with teammate, Jake Smith who reaches 150 TSL games this week. Two big milestones for the club will be reason to celebrate, but he claims it’ll be business as usual in the aftermath.

“With Smithy also playing 150, we’re probably going to be able to bounce off each other, go out and just play some footy and have fun as a group. As we like to do every week.

“I’m sure we’ll enjoy a beer together and have a good yarn about the old days and what’s to come, but I think we’ll just go down, do our job and then come home.”

The dedication Blackberry has shown to his football is signified by his longevity in the TSL, the passion for playing at state level unwavering throughout his career.

“I love going to watch my mates play at the lower level, but I like to challenge myself. Yes, it’s a big commitment but that’s what it’s all about, some people it suits and some people it doesn’t. Just playing at the highest level is what keeps me pushing myself to not only be a better player, but a better person.”

Premierships in 2013 (South Launceston) and 2020 (Launceston) are at the top of Blackberry’s TSL highlights, sharing both moments of glory with a handful of current teammates. Admittedly, the journey wasn’t always clear-cut, but the progression has amounted in to something great. 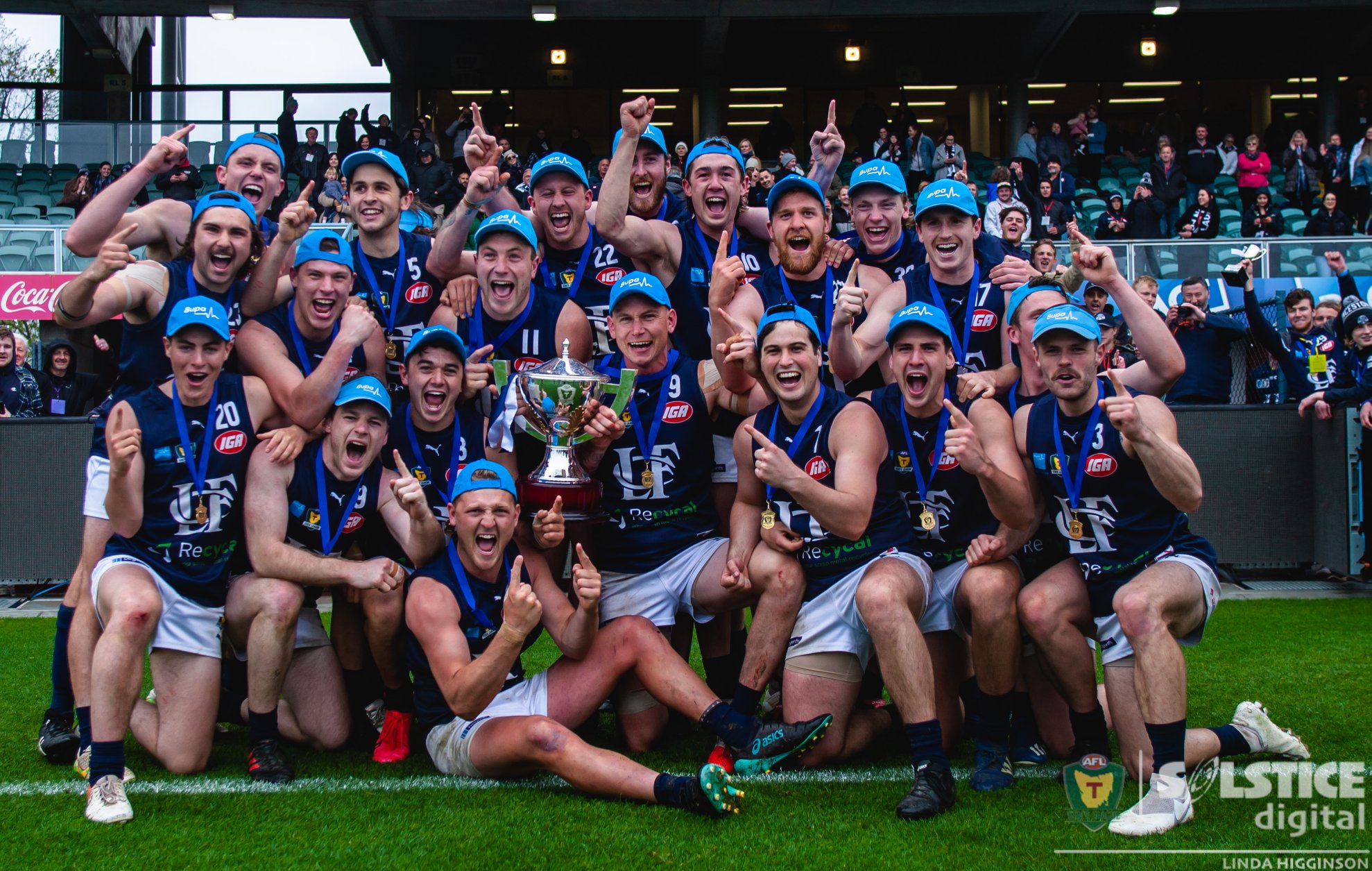 There at the birth of the TSL in 2009, Blackberry recalls the early days and how it shaped his footballing career.

“I was fortunate enough to play a lot of games and play on some really top-end guys. It was tough, which either made you or broke you. We (South Launceston) got that premiership in 2013, it was a long grind but we got there.

“There was a dip again with the Western Storm and the early days of Launceston before we got back up… I’ve just been really lucky to play with and against some great people and have been able to add something to my game each year, finding more professionalism along that timeline.”

Blackberry is known for his ability to combine inside grunt work with class on the outside. Glenorchy coach, Paul Kennedy had high-praise for the all-rounder in Thursday’s press conference at Blundstone Arena.

“The big thing with him over the last couple of years is that his conditioning has gone through the roof. He’s gone from being a talented player who can impact when he got the ball, to a super-fit talent who can get from contest-to-contest and put a lot of heat on your midfield.”

The record sees him overtake one of the State League’s favourite son’s in Jaye Bowden. Bowden, who many consider to be the TSL’s greatest ever player, sent out a tribute video earlier this week to congratulate Blackberry on the achievement.

“It’s nice when someone like that is happy to take time out of their day to wish you well, so that means a lot now and definitely will in to the future.

“It’s funny how the footy god’s work sometimes, going down there to break it and go past him is something I’ll look back on as a nice way to do it.”

Blackberry, who’s still just 29, sits 3rd in the 2021 Cripps TSL Player of the Year standings, showing no signs of slowing down. Averaging 24 disposals a game along with 1-and-a-half goals, his form has never been better. When asked about his future in the league, he said this.

“I’m really enjoying footy at the moment, we’ve got a great group of guys that are just enjoyable to be around. As long as the drive and that fun factor are still there, I can’t see myself going anywhere.”

Blackberry is looking to build on an already stacked footy résumé this season as Launceston seek back-to-back flags. They currently sit top of the TSL ladder with a game in hand on 2nd.

The milestone game kicks off at 1:30pm @ KGV this Saturday.