The TSL is host to several great rivalries around the competition, there are those berthed from previous eras of football, but a new age of contemporary examples has piqued fans’ interest, writes Sam Kenny.

A contest that has created headlines over the past three seasons is the North Hobart versus Kingborough Tigers fixture. Since 2018, the clubs have shared a bitter relationship brewing from off-field proceedings following a volatile 2017/18 offseason for the Demons. Removing the Hobart City name and branding that saw it introduced to the TSL in 2014, the Dees’ returned to traditional colours as North Hobart. The transition brought a lot of change to the playing list – as a contingency headed down the outlet to begin new careers in the TSL, naturally sparking a stirring rivalry between the two proud clubs. Fortunately for football fans, they don’t have to wait long to see the two sides go head-to-head in 2021. Round 1 pits the southern rivals against each other at North Hobart Oval as an Easter Friday blockbuster presents itself. Both sides, who failed to participate in last year’s finals series, will be looking at this match-up as a chance to grab the first four points of the season and gain momentum.

Adding to the drama of this year’s clash, is the league return of ex-Hobart City midfielder, Eddie Cole. The 23-year old will be sure to bring a lot of excitement and flair into his play, electing Kingborough as the club to restart his TSL career with. Cole had been a large part of City’s young mould between the seasons of 2015-17, before leaving the club and his home-state to start afresh in Sydney.

“I played my first senior game with City when I was 16 and we’d built a fair culture there and a good list. That year we’d just missed out on finals by percentage but we were all really loving our footy and had a pretty strong belief in where we were going,” Cole said.

“Everyone that was there (that has now left) have moved on from it – these things happen.” 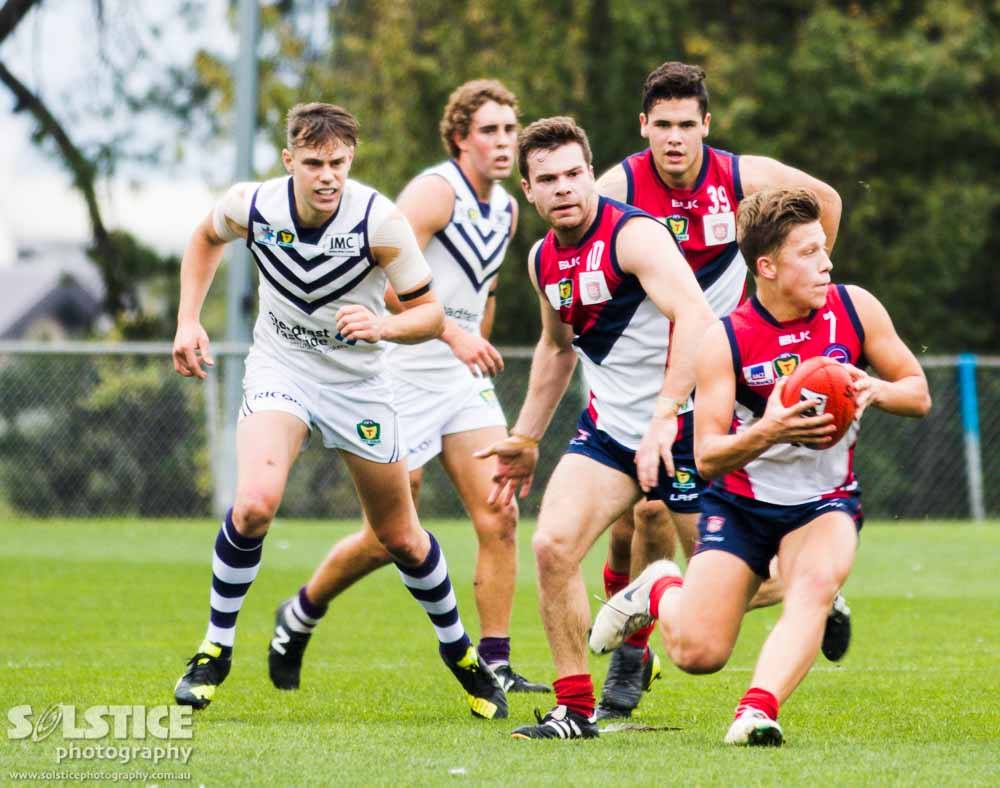 Cole admits his move out of Tasmania was heavily motivated by the events of the offseason, as he struggled with the idea of playing for another TSL side.

“The idea of a fresh start and challenging myself in different ways because of that was pretty significant. I didn’t really want to play anywhere else in Tassie at the time because I loved Hobart City so much. It’s different now but back then I couldn’t see myself playing anywhere else.”

The move North brought about growth in both Cole’s maturity and football. He and his partner Ayla committed to new beginnings in NSW without the direct comfort and support from friends and family.

After spending 2018 playing in Sydney’s lower league set-up, an opportunity arose to start training at NEAFL side, Sydney Uni. 2019 was a massive year for Cole’s development as he spent it playing in different parts of Australia aligned with the NEAFL.

“I just rocked-up (to training), had a crack during pre-season and made the list. That was an awesome experience… I ended up playing every game.

“It was crazy travelling around Australia every second weekend, playing in Darwin and stuff. We had a pretty good year, we got knocked out by the Swans NEAFL side in the first final but only lost to them by a goal.”

Following a successful year in 2019, 2020 came with new challenges as the world felt the effects of COVID-19. In the Australian sphere, Cole’s residence of Sydney was severely impacted and a huge change in lifestyle followed. The entire NEAFL season was cancelled and keeping contact with family back home became extremely difficult. Cole said that the new living conditions caused by COVID were the catalyst for his and Alya’s return to Tasmania.

“COVID was obviously pretty hard in Sydney, we didn’t see any family for 15-16 months. Ayla moved up there for me and my footy – she was keen to come back and I wanted to support that. With footy cancelled also, there was no real reason to stay. It was probably the right time to move back and reset.”

As Cole prepared for his return to his home-state, he decided against restarting his career at North Hobart, instead signing for its modern-day rivals in Kingborough. Choosing the Tigers was largely motivated by the current playing list and his relationship with senior members at the club, referring to ex-Hobart City alumni.

“Coming in I thought the Kingston boys were all similar ages to me and similar sort of fellas. From knowing Soup (Will Campbell) and Digga (Sam Duigan), I knew we were on the same page – which is what made me want to get there.”

The initial feelings of the group are positive stemming from a successful pre-season on the training track and in practice games. The Tigers were two for two following wins against Glenorchy and Clarence in consecutive weeks at the Twin Ovals. Cole recognised encouraging signs from the playing group during the scratch matches, acknowledging standout efforts made by two younger members.

“We had a lot of fun in those two games, I think we found a lot of belief from those performances.

“Trent’s had the boys for four years now and a lot of the guys think that was he’s been drilling in for four-years is now subconsciously happening, which is really good to hear from them.

“Zac Adams is a guy I didn’t know much about but he had a really good game against the Devils when we played them, and he flies around at training. Tom Wright has a good crack and has some X-factor, the good thing about our young guys is they’re hard nuts… They’re not just talented but workhorses as well.”

With Round 1 just days away, the fixture is set to stimulate fans who enjoy an extra touch of spice in their football. The match-ups include last season’s Grand Finalists’ North Launceston vs Launceston, Lauderdale vs Clarence and of course, North Hobart vs Kingborough. With a mix of traditional and fresh rivalries, it’s poised to be an electric opening round.

Cole is ready for the certain intensity in his first game back in the TSL, but remains adamant the history with his opponents won’t alter his preparation. The potential to play on his older brother Will, – who has remained at North Hobart during the last few seasons – is one of few factors capturing his attention.

“There’s definitely going to be some heat from both teams, but you train all preseason for that as there’s a fair build-up to it (Round 1). I haven’t been here for when they’ve had other games but I know there’s some tension there.

“It excites me because it’s Round 1, but in terms of it being North Hobart – not really. We want to show what we’re going to be about this year and go about it the right way. If I play on my brother there might be a little bit (of niggle), I’ll probably be running away from him (laughs).”

The TSL kicks off at 2.30pm on Friday 2nd of April at North Hobart Oval. Tickets are available through North Hobart’s Facebook page.