From established stars to fresh faces and up & coming guns, the upcoming Bupa Tasmanian State League season is set to boast some names that you need to be on the look out for.

With the season edging closer and closer, we run the rule over some of the players you need to watch from each BUPA TSL club.

Returning key position player Zac Buechner could prove to be a handy pick-up for the ‘Roos in 2019 with the former Tassie Mariner returning to Blundstone Arena after a stint  with NEAFL side Aspley Hornets.

A versatile big man, Buechner is still just 21 years of age and will be a welcome addition to a forward line that has largely been made up of fleet-footed smalls in recent times.

If Buechner can announce himself on the TSL, Clarence will be a far better side for it, with Webberley identifying increased scoring as a key focus for 2019.

Oscar Paprotny is another player entering the 2019 season with plenty of hype. The talented youngster has drawn the praise of coach Jeromey Webberley, who has commented that the young utility has worked on his strength across the summer.

Magpie fans will be hoping that Daniel Joseph is able to maintain his 2018 RACT Insurance Player of the Year form.

Arguably the best kick in the competition, Joseph leads one of the league’s strongest defensive units and had a remarkably consistent return season at KGV.

Expect Joseph to be a key figure once again as the Magpies look to celebrate the club’s centenary year in style.

Magpie fans will also be hoping skipper Brayden Webb is able to consistently take to the field in 2019, while the continued development of emerging leader Harrison Gunther, Ben Kamaric and James Webb will again be pivotal in Glenorchy’s quest for success.

Lauderdale skipper Bryce Walsh had an injury-interrupted 2018 campaign, breaking his ankle in the opening round before making a shock return towards the back-end of the season, only to re-injure his ankle in the last round.

With the Bombers storming into another finals campaign, Walsh made an inspirational return only weeks later in the Preliminary Final, helping the side into a second successive decider.

The epitome of a leader by example, Walsh makes his teammates walk taller and the possibility of a fit Walsh makes the southern Bombers all the more threatening. Prepare for the gun midfielder to take the 2019 season by the scruff of the neck.

Another player to keep an eye on is excitement machine Thor Boscott, with the 24-year-old a key figure in the Bombers’ September surge after missing much of the season through injury. A fit and firing Boscott will be essential weekly viewing.

Also keep your eyes out for the work of returning key position player Sam Siggins.

A star of the competition at both Lauderdale and Clarence between stints in the AFL and VFL, Siggins will add plenty of size, experience and flexibility to this Lauderdale outfit.

After coming back from injury last season, newly announced skipper Jobi Harper will be looking to further build off a strong 2018.

Starting in the midfield before moving to half back, Harper was eventually selected in the TSL Team of the Year as a defender, highlighting his versatility.

The added responsibility of being captain could see Harper take his game to another level in 2019, with his best football making him a genuine star of the competition.

Returning Blue Tim Bristow will also be a figure to keep an eye on in 2019.

The 2011 Tassie Medalist is a proud Launceston player and returns to the club as a playing assistant as a 30-year-old after five seasons in the WAFL with East Fremantle.

A playing assistant coach, expect the Blues to utilise his skills and experience in a number of roles throughout the season.

A youthful Demons outfit will receive plenty of guidance and experience from a duo of former AFL players in 2019, with Colin Garland and Sam Darley set to significantly strengthen the side.

Garland, a 141-game veteran of the Melbourne Football Club, returned to his old stomping ground of North Hobart Oval – providing invaluable coaching and mentor guidance to the young group.

Garland managed to play two games for the club in 2018, guiding the way to a historic win over the Tigers before going down with injury the following week.

With the capacity to play in a variety of positions, Garland will be a key pillar whenever he takes to the field.

Similarly, former GWS Giant, Western Bulldog and Richmond VFL captain Darley is a big acquisition for the Demons, with the 26-year-old returning to his junior club.

An elite ball user with a hard edge to his game, Darley will provide much needed physicality and class to Bear Robinson’s side.

Also keep your eyes out for emerging young guns Sam Caswell and Bailey Walker – two players who have shown plenty in their short careers to date.

The competition’s most dominant side will be tested in 2019, with a number of personnel changes set to see a new-look Northern Bombers outfit take to the field.

With the likes of Tom Bennett and Zach Burt leaving the club after four premierships in five years, it will be up to others to lead the club on to success.

The return of two-time premiership player Jay Foon from a broken neck will be significant, with Foon’s elite ball use and run out of defensive 50 making him one of the competition’s most effective defenders. 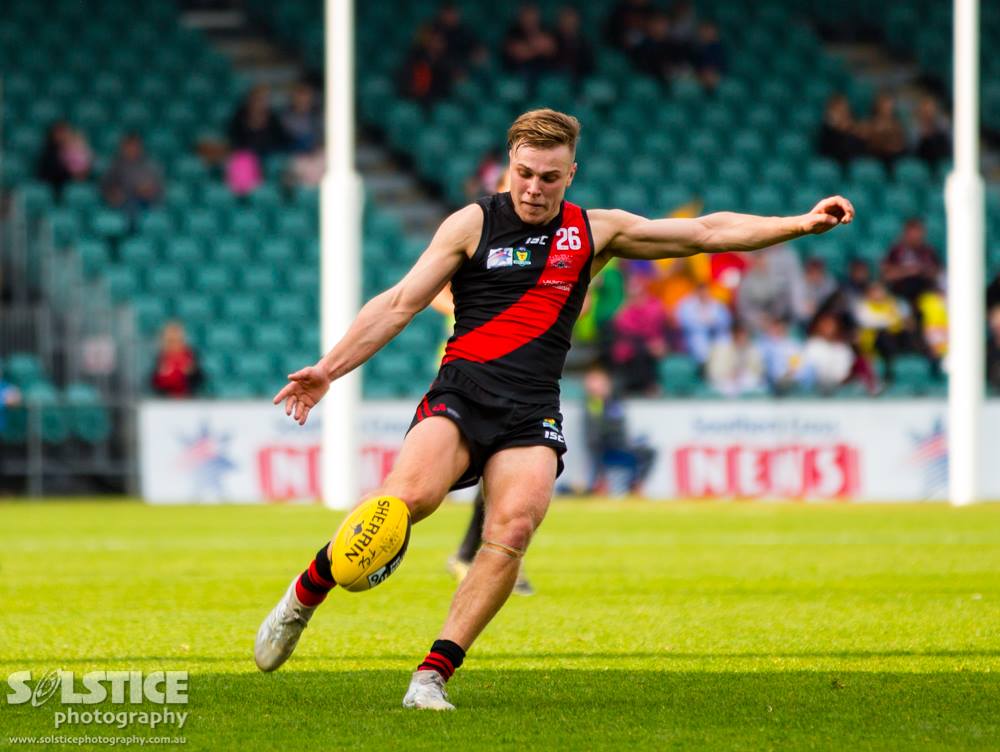 Plenty of eyes will also be cast over the reigning premiers’ midfield group of Josh Ponting, Mark Walsh, Taylor Whitford and Brad Cox-Goodyer.

This star-studded quartet will again be a tough group to tie down, with these four big names enough to make any opposition overthink.

If Cox-Goodyer can be fully fit for the entire season he could well and truly be on the way to a repeat of his 2017 Lynch Medal form.

Trent Baumeler’s side has been a big player across the summer, bringing in the likes of former Hawthorn midfielder Kieran Lovell and Huonville key forward Michael Paul to add vital experience to a young group.

Lovell is sure to add plenty of class and grunt to the Tigers’ already strong midfield brigade, while Paul may just be the elusive key forward the Tigers have been looking for.

A player who may soon become a must-watch cult hero of the competition, however, is recruit Elijah Reardon.

Coming to the Twin Ovals from Cygnet, Reardon is an exciting addition to the Kingborough forward group.

A versatile player with an exceptional leap, silky skills and a knack for the improbable, Reardon has already shown off some of his impressive assets in practice matches – most notably against the Tasmania Devils – but could prove to be an unknown quantity for many heading into the season.